All chat is in this one forum to start with.
Post Reply
6 posts • Page 1 of 1

When Professor Fate is lifted by an airplane flown by Max, the plane resembles a Curtiss Headless Pusher. This plane was not designed and built until 1912, four years after the year in which this movie was set. In July of 1908 Glenn Curtiss flew his June Bug design, which was the first public exhibition of flight in the US (the Wright Brothers had not yet flown publicly). The 1908 June Bug and the 1912 Headless Pusher bear little resemblance to each other. In reality, the June Bug was not as nimble and stable as the Pusher, so it is understandable why the 1912 design was used in the movie.

The "Curtiss Headless Pusher" (also known as the "Curtiss Model D"), initially had flaps in front of the pilot, which were later found to be unnecessary.
https://en.wikipedia.org/wiki/Curtiss_Model_D

rice wrote:Just putting the most similar to each other... 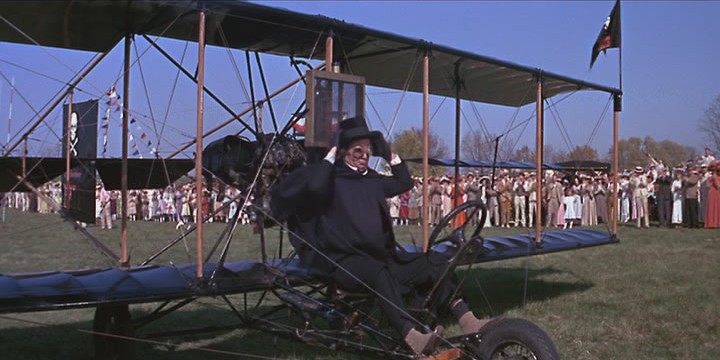 The Wikipedia page for the June Bug states that there was a movie crew there filming, but I don't know if the movie survived, I can't find it.
Here's a 1/4 scale model of it being flown in 2008.

Just putting the most similar pics next to each other... 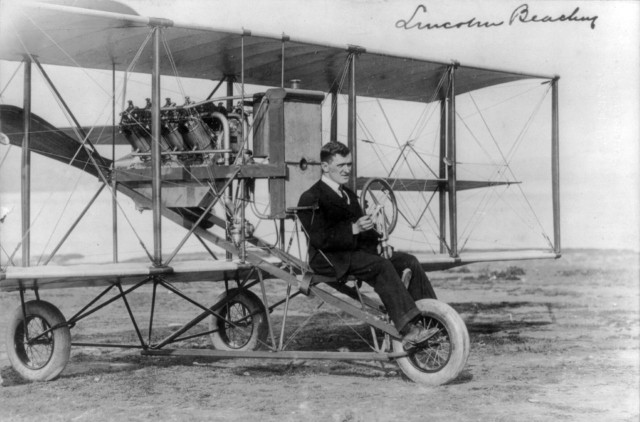 Funny how the movie plane has what looks like a timber picture frame where the radiator is on the real plane.
Top
Post Reply
6 posts • Page 1 of 1

Users browsing this forum: No registered users and 0 guests